We are focused on the health and safety of our workforce, clients, and greater community. Our team is working hard (remotely) to support your staffing and job search needs. Please call us at 1-503-299-6811 and use the name directory, or email opportunities@vanderhouwen.com (monitored Mon-Fri 8 am-5 pm).
VanderHouwen is an Equal Opportunity Employer and stands with our fellow citizens and countrymen in the battle against all forms of racism and social injustice.
Read more about our commitment to diversity here.

Be well and stay safe! 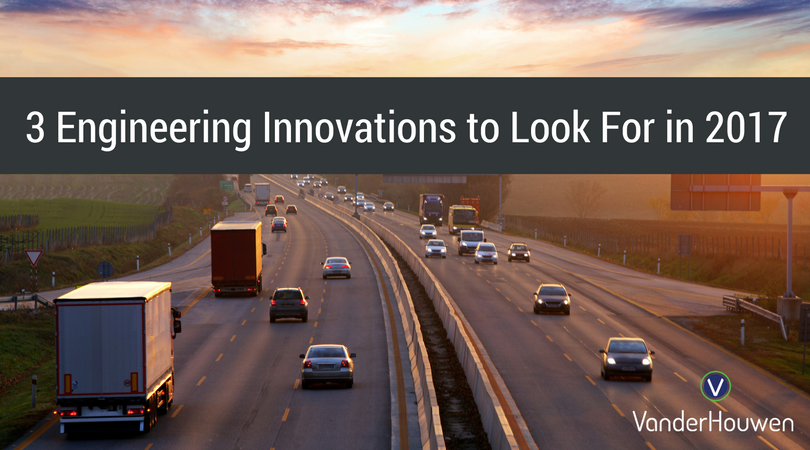 From artificial intelligence to industrial innovations, engineering plays a significant role in how businesses and consumers interact. Today’s engineers are creative problem solvers whose creations are shaping the future of every aspect of our lives. In this blog, we examine emerging technologies and how the landscape of these innovations will evolve over time. These are the 3 major engineering innovations you should look out for in 2017.

Many are already familiar with the concept of artificially intelligent personal assistants, like Apple’s Siri, the Amazon Echo, or Google Home. At their inception, consumers used basic interfaces like Siri as a form of voice search—to look up trivia or find the nearest sushi restaurant at the push of a button. But these platforms have become increasingly complex. Voice activated home speakers like Google Home and the Amazon Echo, for example, both come equipped with powerful microphones and advanced machine learning capabilities that can better understand your commands, integrate with external apps (like Spotify), and complete basic tasks for you.

Amazon has been working towards creating smarter technology that can add context to ambiguity, recognize emotion, and understand user intent. So, if you’re making a sarcastic joke or are getting frustrated with the machine, Alexa (the voice of the Amazon Echo) will soon be able to recognize this and adjust accordingly. But Alexa has competition—the race towards conversational speech technology is fierce. Just this month, IBM announced that it’s achieved an industry record on speech recognition—a historically low 5.5% word error rate. To be on par with humans, AI needs to get down to 5.1%. It’s getting closer every day.

Google’s self-driving car project started in 2009. Automated cars aim to reduce deaths caused by human error, reclaim hours wasted in traffic, and make it easy for everyone (including those who can’t drive) to get around. Many companies, from Audi to Tesla, have joined the race to automate cars. There are a multitude of benefits to self-driving cars – safety is one major consideration, since most accidents are caused by human error. McKinsey reports that “widespread use of autonomous vehicles could eliminate up to 90% of all auto accidents in the US.” In crowded, urban areas, self-driving cars could reduce the need for parking and improve traffic flow. In low-density areas that lack high-capacity transit, self-driving cars can be a useful transportation alternative.

But for self-driving cars to be implemented on a large scale, work needs to be done, both in terms of infrastructure and mindset. It’s up to cities to look at the data on travel patterns in their area and determine where their needs lie. Is it to clear up congestion? Is it to provide greater access to transportation? Having a plan in place is essential to accommodate emerging technologies. Fortunately, there’s plenty of time to prepare—this level of automation won’t become mainstream for many years.

Robotics have been used in manufacturing for some time—they promote precision, efficiency, and productivity. They’re also an expensive investment and tend to only operate on a single-purpose, large scale. But a new wave of manufacturing is in the works, one that’ll leverage emerging engineering innovations such as artificial intelligence and 3D printing, but will also “make industrial robotics more affordable for businesses of all sizes.” The Advanced Robotics Manufacturing Institute, a non-profit institute founded by Carnegie Mellon University, has received over $250 million in funding from partner institutions as well as the Department of Defense. ARM endeavors to “empower low-wage workers abroad; create and sustain new jobs to secure U.S. national prosperity; lower the technical, operational, and economic barriers for small- and medium-sized enterprises as well as large companies to adopt robotic technologies; and assert U.S. leadership in advanced manufacturing.”

Their ultimate goal is to create a thriving ecosystem for robotics in a variety of manufacturing industries—automotive, aerospace, electronics, and more. Research, collaboration, and innovation are key to the success of this program, and for the industry as a whole. Not only will their success help ignite competition in robotics manufacturing worldwide, it’ll help break barriers for new engineering innovations in the years to come.

Organizations are eager for talented engineers. Ready to invest in your future? Check out VanderHouwen’s Engineering division.

Making connections in Portland is vital and thankfully, there are plenty of networking groups to help! With (often monthly) presentations,…

Grow Your Career−Even with a Busy Schedule

Through 2020, so many paused their professional development programs while companies figured out how to sustain themselves. Now that we…

How to Answer Interview Questions About a Layoff

Being laid off is a rollercoaster of emotions. At first, there’s shock. After a few days, the news settles in…

It’s all about the relationships. We pride ourselves in the longevity of our recruiters and the clients that come back to us years after we first placed them. We all have the same end goal: finding the right talent, for the right job in the right environment.

Let Us Send You Your Next Job!

Subscribe to our custom job alerts to stay informed on the latest jobs in your industry. You’ll be sent an email with new jobs that match your criteria regularly!